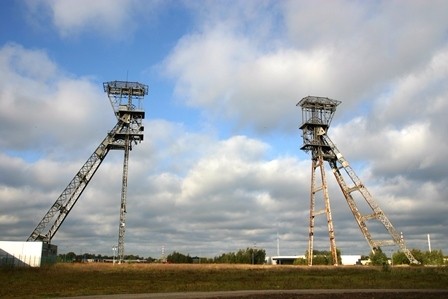 Both pit heads are the only remaining landmarks of the quarter-of-a-century of coal mining (1938 - 1964).

Originally the shafts (71 m) were operated by one winding engine with two shaft wheels above each other in each pit head.

Once they were the only connection with the underground. Today they have been largely dismantled.

Due to their sleek, elaborated silhouettes, these pit heads are popularly known as 'Bellefleurs'. Enchanting lighting places both beacons in the spotlight at night.